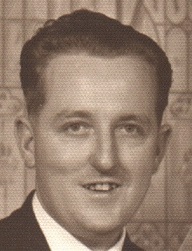 James Watt Robertson Banks was born in Edinburgh, Scotland on 15 January 1924 to Alexander Crombie Banks and Mary Isabella McEwen. He had an older brother William and his father was a painter. On 6 August 1925, the family sailed on the ship "S.S. Ballarat" and immigrated to Sydney, Australia.

He attended Burnside Public School in North Parramatta, NSW and became an electrical fitter. He enlisted in the Australian Armed Services during WWII at the age of 18 in 1942 till 1946. He assisted in the defense of Darwin as a gunner. Darwin was bombed 59 times during the war. He was awarded the General Service Medal for being part of the defense to keep open the Australia's Northern gateway. He was awared the Commonwealth Service Medal, 1939-1945 War Medal and the Australian Active Service Medal.
He returned home and worked as an electrical fitter, he also tested electrical appliances. He married Eva Irene Gimson on 4 June 1949 in Parramatta, NSW, Australia. Together they eventually settled in Guildford, NSW where they lived for many years. They had three children, their oldest, Les, is this authors' husband.
After this author arrived in NSW to marry their son, he treated me as his own and was a wonderful grandfather to all of the children. When their home became too big, they moved to the Mayflower Villas. Jim was well known and an active member of the local Guildford and Merrylands Returned Service League, and his local church, he loved the Lord. He had the opportunity to visit James Simpson Lockhart Banks Taylor, a first cousin, in Queens, NY when visiting us in Rhode Island in 1993, it was an amazing visit. Hard to believe the resemblance. 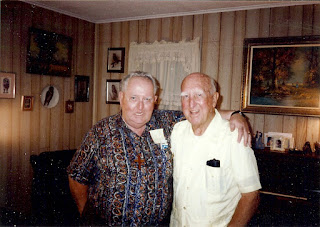 His favorite saying when asked how he was feeling was "I feel with my hands" and a grin from ear to ear. While visiting in May, 1998, he passed away after a family get together. 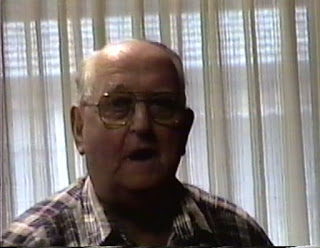 Timeless Genealogies
We're Your Family is "No. 1"