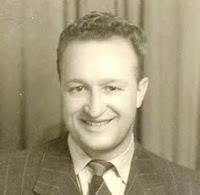 Omer was known as "Red" for his hair color. After finishing his senior year in high school, he started bodybuilding to improve his overall appearance and for entertainment around January, 1937. This was commonplace for this time period as it was during what was known as the 'Great Depression' which began with the stock market crash in 1929 and continued throughout most of the 1930s. With money short and jobs difficult to find, individuals found other ways to get by; body building required a lot of structure and discipline but no money and he became very good over time. 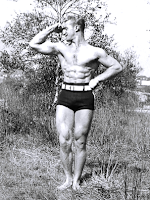 Labels: Barbershop, Brisson, Mr. America, Mr.Rhode Island, SPEBQSA
Newer Posts Older Posts Home
Subscribe to: Posts (Atom)
Do you have an interesting story of an
ancestor that you want remembered
through time?