Alexander Crombie Banks was born on 21 October 1891 to James Simpson Banks and Jane Neil Lockhart in Edinburgh, Midlothian, Scotland. He was the 10th out of a total of 12 children born to this couple during their marriage. Alexander grew up in Coupar Angus, which stretches over two counties, Angus and Perthshire.

The 1901 Scotland Census shows him listed with his family and that his father was a plasterer, a trade he held all his life. In fact, his father was working as a plasterer when he died in January, 1916 and was not there when Alexander married later that year.

By the 1911 Scotland Census, Alexander is an apprentice painter and this is the trade he kept throughout his whole life, a trade that he passed on to one of his sons. The rest of his family is on the previous page of the 1911 census.

In 1916, he married Mary Isabella McEwen and together they had 2 children, William and James. In 1925, Alexander, sailed with his family to New South Wales, Australia where they settled in Parramatta, a suburb of Sydney and raised his family. Today Parramatta is a major city with many activities for all ages.

Alexander never forgot his Scottish roots as they belonged to the Sydney Highland Society and heavily participated in all their events. I had the pleasure of meeting him in 1976 and thoroughly enjoyed listening to his stories of Scotland.

When our children were little, he would sit them on his lap and sing Scottish songs to them, it was always a treat . He loved all the grandchildren very much.

Age has a way of catching up with people and he passed away on August 24, 1979, just a few months before another little one arrived. He was an amazing man, father and grandfather who always helped others whenever there was a need.

When researching in Scotland and having visited there two times now, I always think of him and the wonderful Scottish legacy he has left in his descendants.

Posted by TheLadyClaire at 10:39 AM No comments: 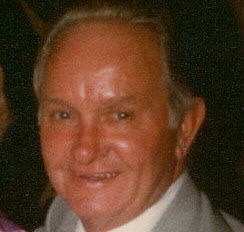 Edward was born 22 Dec 1922 to Omer J Brisson and Julia Anne Plante. While he was their 2nd son, he already had 5 sisters born before him. As both his parents were born in Canada, all their children were first generation Americans.

By the 1930 US Census there were 11 children in this large family that was still growing. His father is listed as a clerk in a market while 3 of his older sisters were working in the mills to help support the family. By the 1940 census 3 more children were born to this family and Eddie was also working along with the older children, the census states he was a road builder, from an early age, a solid work ethic was part of this family and most families during this time period. This work ethic was carried over in my own family as Eddie's brother, Omer, is my dad, and we all had jobs early in our lives, mine being a paper route at 11 along with my brother Paul who was 10. As we grew the paper route was handed down to other members of the family instilling in us a solid work ethic that has sustained us thus far throughout our lives.

When WWII came along, Eddie did his part and joined the Army, he was a WWII veteran and a member of the American Legion Post as it states in his obituary. He married in 1958 to Helen A Gannon and together they raised a house full of boys and lived in West Warwick, RI. He enjoyed sports and played minor league baseball when younger and was an avid Yankee fan. He was the owner of the Brisson Claim service but worked for various other claim services as well as being part of the RI State Jury Commissioners Office.

Family was very important to Eddie and he was always interested in all the genealogical information I would share with him over time and would attend as many family functions as physically possible. He enjoyed all the information gleaned over the years on the Brisson family and how they had come from LaRochelle, Aunis, France in the 1600s with the first one being Rene Brisson.

He was always welcoming to all who visited his home and enjoyed lots of company. He would reminisce about times gone by when his sisters and family were there and did his best to look on the positive side whenever possible to most situations.

On August 30th, 2013, he passed away and surely was greeted by his wife, Helen who passed away in 2001 and his son Kevin who passed away in 1997 along with many other family members who have passed on. He will be missed but be remembered for the happiness he brought to all wherever and whenever possible.

Posted by TheLadyClaire at 9:25 AM No comments:

Labels: Brisson, Canada, France, Plante, WWII
Newer Posts Older Posts Home
Subscribe to: Posts (Atom)
Do you have an interesting story of an
ancestor that you want remembered
through time?