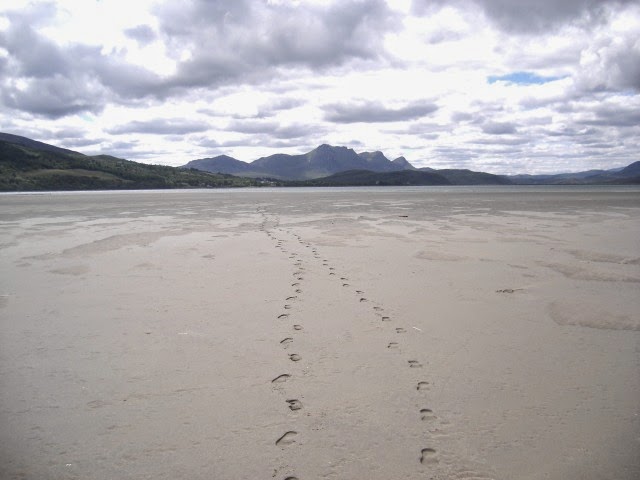 With today being "Pioneer Day" in Utah, I couldn't help but reflect on the pioneers in my own family. The above photo of footsteps is but a small symbol in what most pioneers endured as they traveled from one country to another and settled in that new country. The mode of transport would match the time period they came to that new country in combination of where the old country was located.

While my ancestors helped to settle Quebec, Canada in the 1600s, my four main direct lines from my grandparents all came from Canada between 1850 and 1900 and migrated down to the New England area where there was work in the mills which allowed them to support their families.

The Legacy from my great grandparents as they all traveled through St. Albans, Vermont into the United States and settled in the New England Area are:


The conditions of their travel at that time was most likely walking just like most pioneers who are settling in a new country during that time period.

My heart goes out to each one of them in total gratitude for the sacrifices they all made to provide for a better life for their children and their descendants going forward.

Each of their descendants have gone on to settle and love the country they live in and have led or are leading productive lives.

Thank you to all those who are pioneers..

Building Bridges for All Generations!
Claire (*)
Timeless Genealogies
We're Your Family is "No. 1"


Posted by TheLadyClaire at 9:42 AM No comments: 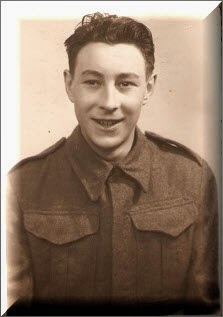 Philip Clive Wakefield was born 14 June 1923 in Sawston, Cambridgeshire, England to Albert Wakefield and Gertrude Flora Starling. He was last of six children and as the last English Census record available is 1911, there are no census records currently available to show him listed with the rest of his family.

His brothers and sisters were:

His birth is listed in the England and Wales Birth Index for the 3rd quarter, 1923, Linton Registration District, Vol. 3b, page 740 as follows: 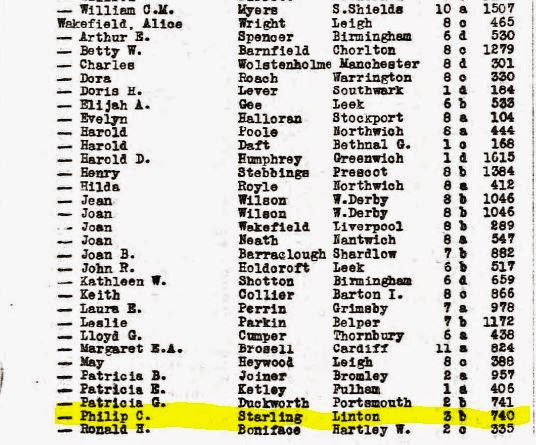 His father was a baker's journeyman and lived most of his live in Sawston which is where Philip and his family grew up.

With the start of World War II in 1939, Philip joined the Army to help defend his country during this conflict. He joined the Black Watch which was the Royal Highland Regiment. This regiment was a Scottish regiment of the British Army and originated in 1881. It was the senior regiment of the Highland Brigade which took its name from the dark tartan that was worn with a roll of watching the Highlands.

An article on the Black Watch from Wikipedia points out where they served in World War II as follows:

Battalions of the Watch fought in almost every major action of the British in World War II, from Palestine to Dunkirk to Normandy and as Chindits (42 and 73 columns) in Burma . The Black Watch was fiercely defeated by German Fallschirmjäger and Gebirgsjäger during the Battle of Crete in May 1941. The regiment was the first to cross the Rhine and into Germany during the Allied advance in 1945. After the war, in 1948, the two regular battalions were merged into one.(1)

Most unfortunately, Philip was killed in the "Italy" Theater of War on 13 Nov 1944 according to his listing on the UK Army Roll of Honour.(2) 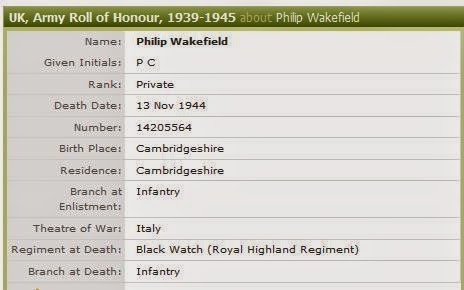 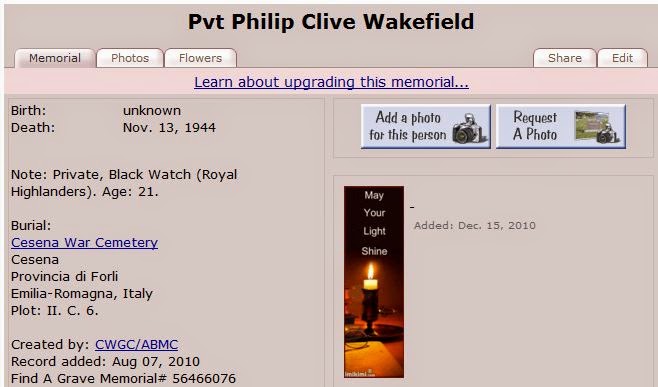 The Commonwealth War Graves provides a nice certificate for family members. In association, there is War Graves Photographic Project where one can obtain a picture of the said grave. The war grave site also provides a map of the burial area so one can see where their loved one is buried.

Losing a son must have been a very difficult time for this close knit family. Thankfully, we as a people honor those who have fought and paid the ultimate price for the freedoms we enjoy today.

As Memorial Day is at the end of this month, he will be remembered for his service along with all the others who have done the same over time.

Building Bridges for All Generations!


Timeless Genealogies
We're Your Family is "No. 1"

Posted by TheLadyClaire at 6:00 AM No comments: